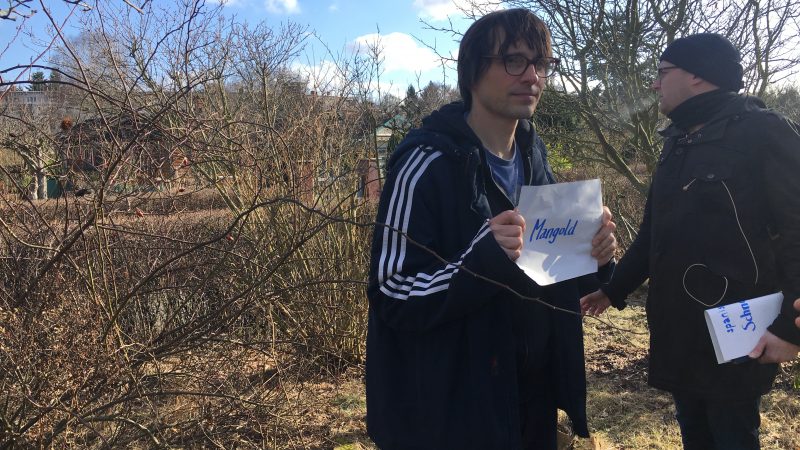 Three gardens and garden owners and their style of rule, their forms and practices of government are portrayed in short films. They consider the gardens as micronations, with their own border regime, asylum policy, rules of coexistence for (human and non-human) beings, and, correspondingly, the handling of “uninvited guests”.

The basis of these film portraits is a garden constitution game developed by Club Real that the garden owners play with them, where a form of government is defined, then questioned and clarified through confrontations with individual garden residents. The objective of the game is the founding of garden states with their own constitutions. The resulting constitutions and the short films are presented at the Festival Centre.

The finale of the project will see all the garden states presented at Kepler Salon with their short film portraits – as an impulse for political argument on the balances of power in society and garden.