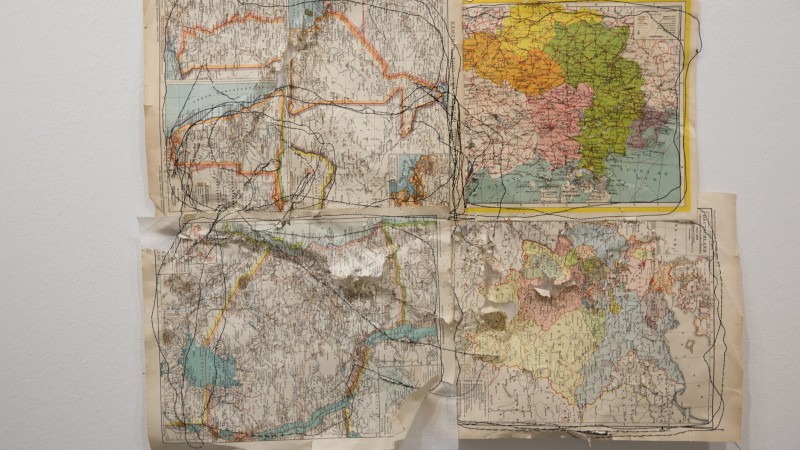 From Finland to Turkey, from Ukraine to Alaska: Ana Mendes looks at the rise and fall of a great empire. Part experiment, part musical composition, her “Map Series (Russia)” examines what an empire amounts to today.

In Marchtrenk, she feeds maps of the Russian Empire into her sewing machine. A video camera records a live stream of the sewing machine’s needle that is projected on the wall; speakers also amplify the noises generated by the machine. The seamstress starts out in a constant pace but develops into a furious, angry movement, until the surface of the map is erased. After the performance, the map will be displayed on the wall of the room as an installation with sound.