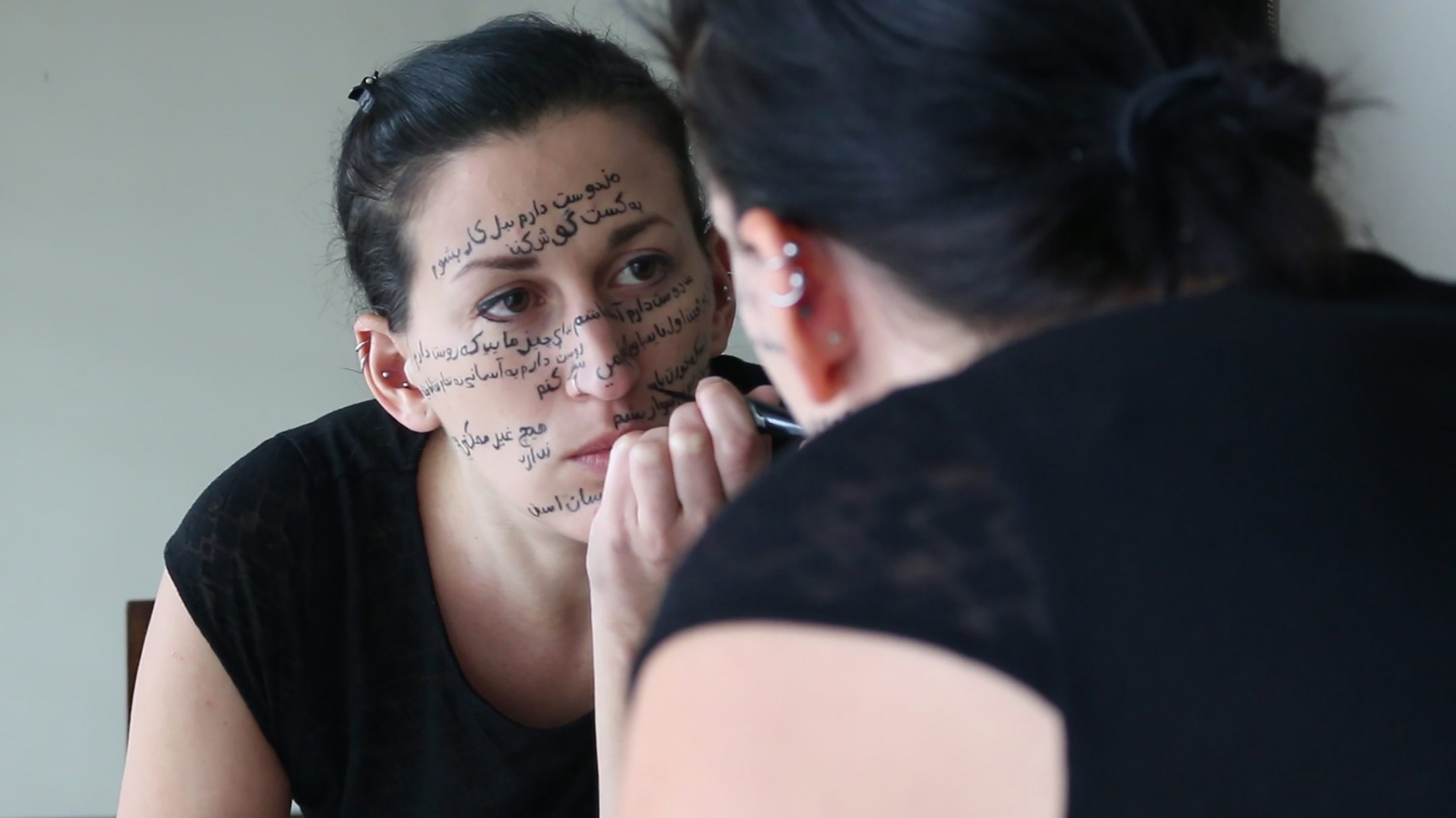 The artworks in the exhibition “Women’s Worlds” deal with the lives of women in Iran and Iraq. Along with her photographs, Elisa Andessner is showing her video work “messages” from 2018/19, in which she asked women in Teheran about their current situations, desires, messages and interweaves them with the legal situation of women in Europe. Johanna de Tessières’s photographs give insight into the lives and traditions of the religious and ethnic minority of Yazidi in northern Iraq, who were and are affected by the genocide that took place in 2014 and the trafficking and enslavement by ISIS.

The artworks in the exhibition “Women’s Worlds” deal with the lives of women in Iran and Iraq. Elisa Andessner spent a month in Teheran in 2018 and asked 30 women the questions “what is your message?” and “what do you have to say?” They artistically developed the personal insights gained from the living realities of the women and their common reflections on politics, human rights, and women’s rights in the video piece “messages,” subsequently placing them in a European context. The video work “messages” from 2018/19 as well as Andessner’s photographic works will be shown in the exhibition. Johanna de Tessières’s photographs provide an insight into the lives and traditions of the religious and ethnic Yazidi minority in northern Iraq. The dramatic genocide of the Yazidi in August 2014 by ISIS remained nearly unnoticed in Europe.

The population was decimated, thousands of women were kidnapped as sex slaves, children torn from their communities and abused as child soldiers. Men who hesitated to convert to Islam were killed. Many of those who successfully fled are now waiting in temporary refugee camps. Approximately 50,000 Yazidi live in Germany today. 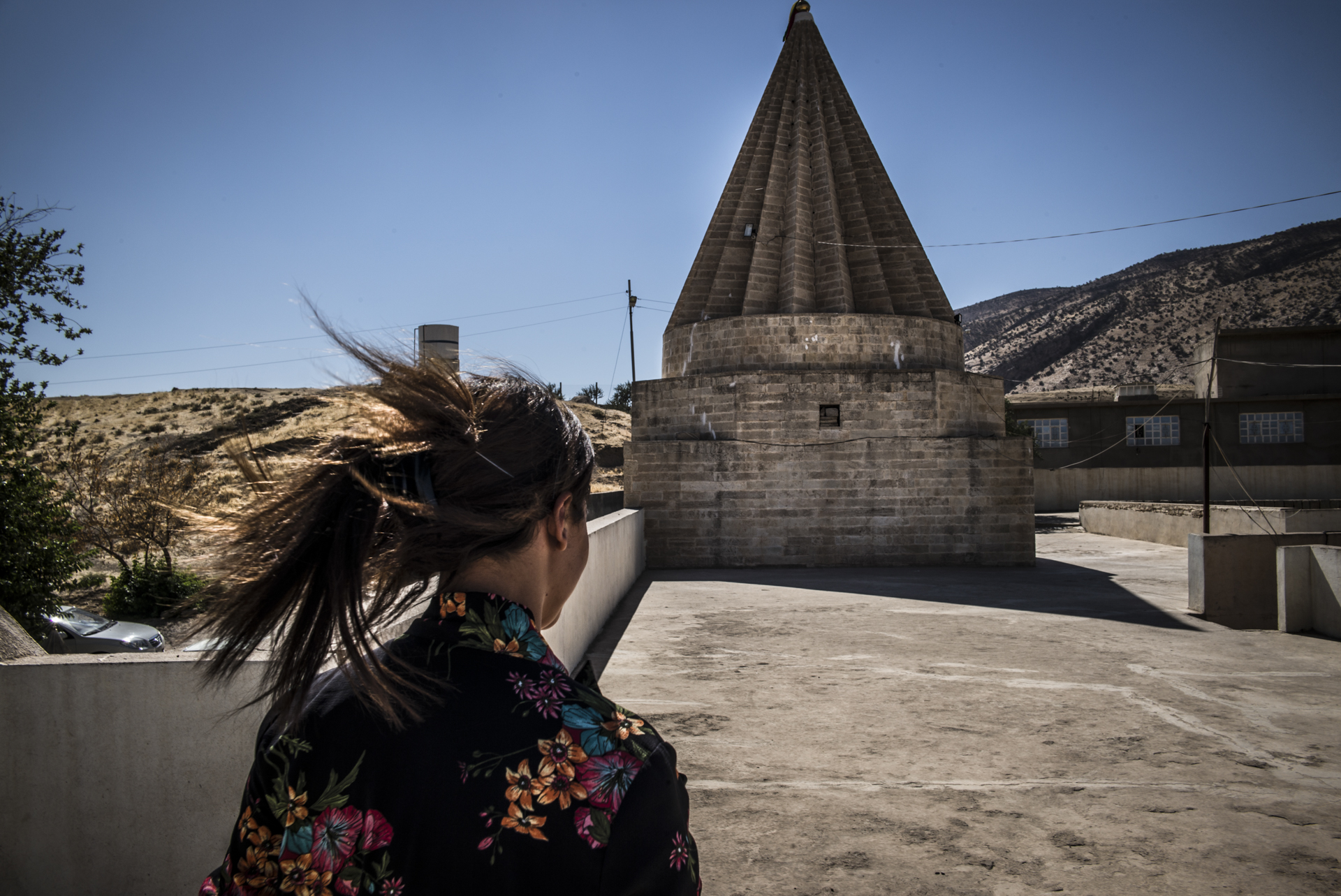 Elisa Andessner studied Experimental Art at the University of Art and Design Linz and works in the fields of performance art and photography. Her work has been shown both nationally and internationally.

Johanna de Tessières is a photographer. Her work focuses on humanitarian aid and human rights. She regularly takes photographs for international media and organizations. She has received international scholarships and awards for her photo documentary work.

Elisa Andessner was born in 1983. She lives and works in Linz. She studied Experimental Art at the University of Art and Design Linz. She performed in performance art festivals from 2006 to 2013. Since 2012, she has been working with self-timer photography and has shown her work both nationally and internationally. She has also been actively involved in organizing exhibitions, festivals, and art projects in collaboration with international artists.

Johanna de Tessières is a photographer and lives in Brussels. Her work focuses on humanitarian aid and human rights. She regularly takes photographs for international media and organizations such as Handicap International and Amnesty International. In 2016, she received a scholarship from the Belgian Journalist Foundation for her documentation of homophobia in Senegal. She won a Montaigne Award for her documentary work in 2017. She is currently working on a project on women’s soccer around the world with her collective Huma.

For the generous support with the installation of the exhibition we thank Franz Baumann, BAUMANN/GLAS/1886 GmbH.