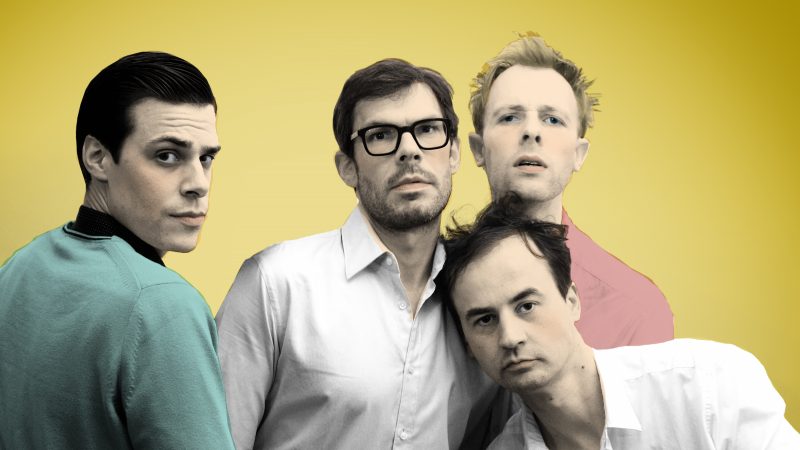 Kreisky have shown the world how to embrace the Viennese ill-humour, how to cast daily life abysses into song, how to take things seriously, but yourself not so much.

It is well-established that Kreisky are a fantastic, a thrilling live band. Kreisky concerts are celebrations of noise, volume and entertainment, of venomousness and nobleness of the heart, of drama and fuck-it attitude, that are sure to blow everyone’s mind. Being the progenitor of the Viennese band miracle currently lauded in all German-speaking mass media, they may be considered one of the most style-defining Austrian groups ever. The Kreisky gig at the Festival of Regions is the band’s only scheduled concert this year. For the autumn, Kreisky have announced a co-production with writer Sibylle Berg, and for 2018, a new studio album. With nothing but noisy hits, naturally.