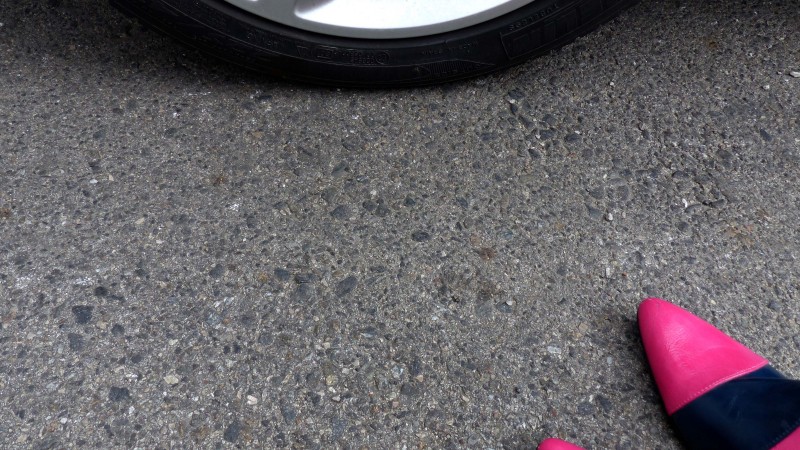 A woman is standing alone at the side of the road – is she a hitchhiker, a prostitute, seeking help, fleeing, displaced, lost or deranged? Her looks, anyway, are inconspicuous: apparently local, conventionally dressed, no luggage other than a handbag, aged around 40. She is trying to wave down cars.

Once a cars stops she does not get in but rather tells short excerpts from first-person accounts by women driven into various kinds of dependency through the opened window. The texts are based on the film script of “It Happened Just Before” (Anja Salomonowitz, 2006).

The performance is documented audiovisually and will be released after the Festival of Regions as a web serial.