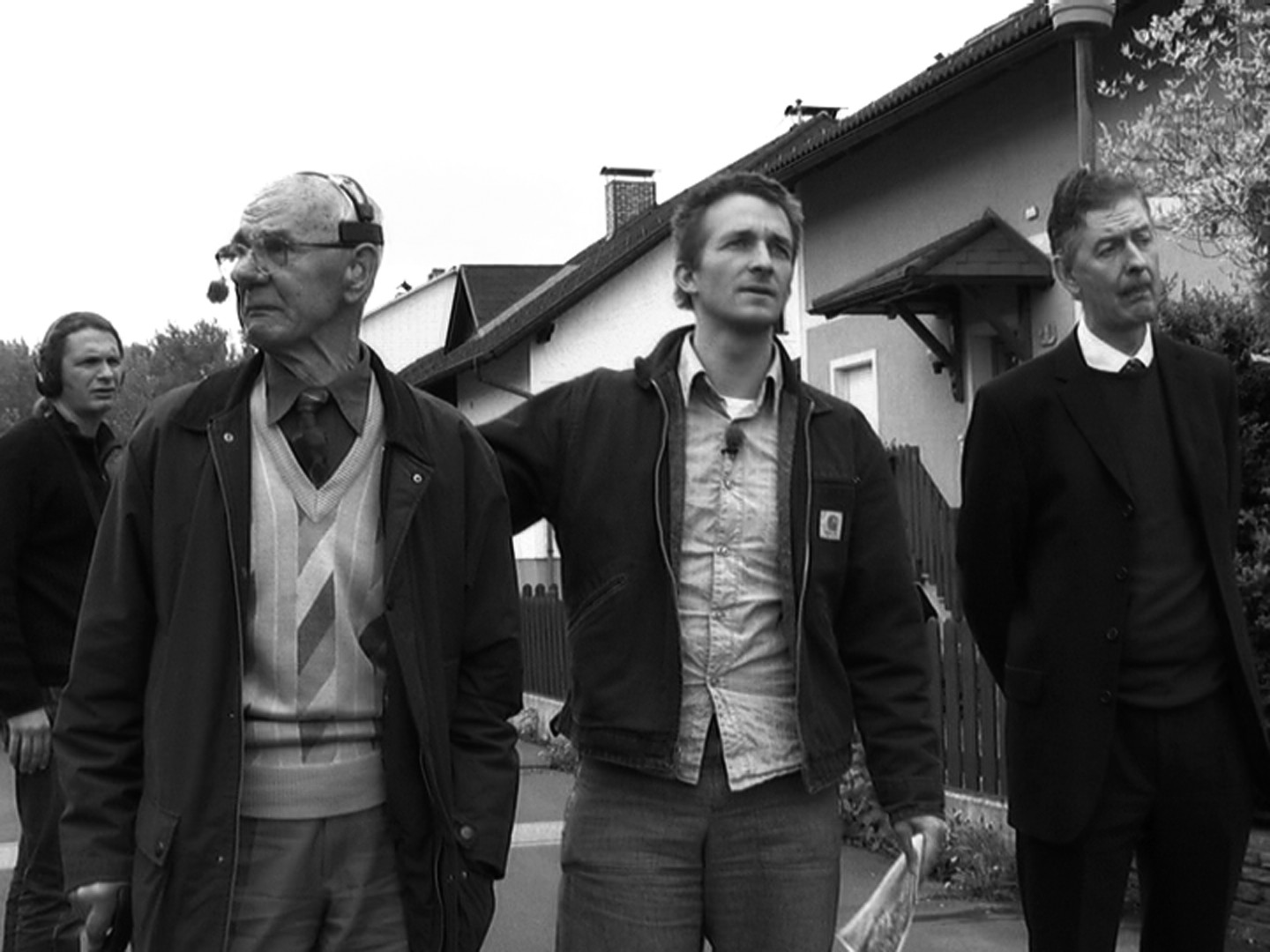 Since 2007, the “walkable sculpture” AUDIOWEG GUSEN has represented the hidden memory of a region. In 2018, a residential building was constructed on the grounds of former concentration camp Bergkristall, literally cutting off the route to visitors. To secure the permanent existence of this unique artwork, the final section has been rebuilt and will be opened during the Festival.

You can listen to recordings of people interviewed for this project, primarily referring to the sites passed during the walk: survivors of camps, contemporary witnesses from the regional population as well as current residents of Gusen. Wehrmacht soldiers and former SS members, who were active in the Gusen I and II camps, are also given a voice.

You will hear what you can no longer see.

See, what is contemporary.

People will talk about what would otherwise remain unspoken. It will be possible to see the very same place from completely different perspectives and to place it in relation to oneself.

“The horror, you know, the horror that we felt in the beginning, that a person can behave that way to another person. It somehow settled down. Yes, that’s how it is, isn’t it?”

“Then I noticed it with myself, how we became relatively cool, as people say it so nicely nowadays. We couldn’t always take it to heart so strongly!

Visitor’s Center at the Gusen Memorial

Duration of the audio path: 99 mins.

The audio path is available in the following languages: German / English / Italian. During the Festival of the Regions, Austrian sign language will also be available (registration: info@fdr.at).

The new composition near the Bergkristall was developed with the support of the federal government, national funding, the European Union project gateway LEADER, the Mauthausen Memorial, the municipality of St. Georgen an der Gusen, the “region of awareness” of Mauthausen-Gusen-St. Georgen, and the Commemorative Service Committee of Gusen.

Audioweg Gusen was supported by: the National Fund of the Republic of Austria for Victims of National Socialism, the Mauthausen Memorial, the Cultural Department of the State of Upper Austria, the municipality of St. Georgen/Gusen, the community of Langenstein, the Tribüne Cultural Association, the Commemorative Service Committee of Gusen as well as ANED Italia, Ventlimila Leghe, and Cittá di Sesto San Giovanni.

Christoph Mayer CHM. grew up in St. Georgen an der Gusen and currently lives in Berlin.

His work centers around site and situation-specific investigations and interventions in which he invites the audience for a participatory observation and active analysis.

Andreas Hagelüken is a musicologist and Radiopilot, author, and sound tinkerer. He has written and produced numerous sound pieces, portraits, and features, created installations and audio walk pieces.