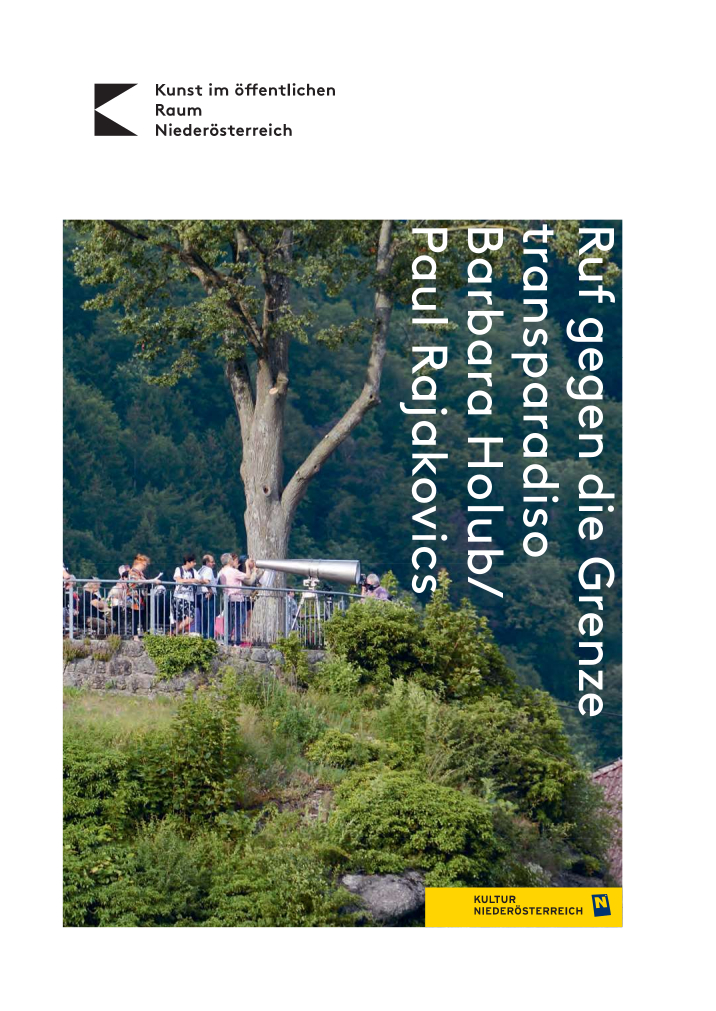 The publication documents the urban intervention “Call Against the Border”

for the Festival of Regions/ Upper Austria, 2019, in cooperation with Public Art Lower Austria. transparadiso considers the floating border in the middle of the Danube, between Upper and Lower Austria, as an opportunity for “overcoming” borders. Questions of symbolic or societal borders, exclusions, demarcations, containment, and the potential for overcoming borders played a central role in many workshops with residents, musicians, authors, singers, everyday performers, and people interested in borders. The inputs were collected as a foundation for dialog and subsequently transformed into an experimental text/musical piece. The “Call Against the Border” was performed across the Danube over two special, large-format megaphones, between the river banks in Upper Austrian and Lower Austria.